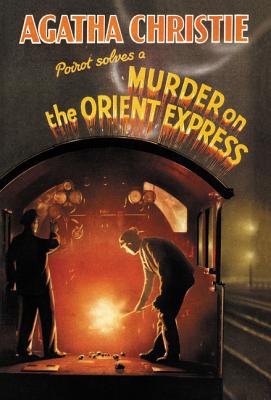 By Agatha Christie
$21.99
Unavailable To Order

An exclusive authorized edition of the original Agatha Christie hardcover—the Queen of Mystery’s most famous book, and Hercule Poirot’s most famous case.

Just after midnight, a snowdrift stopped the Orient Express in its tracks. The luxurious train was surprisingly full for the time of the year. But by the morning there was one passenger fewer. An American lay dead in his compartment, stabbed a dozen times, his door locked from the inside.

With tension mounting, detective Hercule Poirot comes up with not one, but two solutions to the crime.

Reproducing the original typesetting and format of the first edition from the Christie family’s archive, Murder on the Orient Express Facsimile Edition also features the first hardcover edition’s actual cover art, which has been painstakingly restored to its original beauty.

“Nothing short of swell. [Christie] is probably the best suspicion scatterer and diverter in the business.”
— New York Herald Tribune

“Agatha Christie’s books are both wonderful crime novels and studies in contrast and duality, and I adore them still. Underestimate them at your peril.”
— Louise Penny, #1 New York Times-bestselling author of the Inspector Gamache novels

“Agatha Christie taught me many important lessons about the inner workings of the mystery novel before it ever occurred to me that I might one day be writing mysteries myself.”
— Sue Grafton, #1 New York Times-bestselling author of the Kinsey Millhone novels

“Any mystery writer who wants to learn how to plot should spend a few days reading Agatha Christie. She’ll show you everything you want to know.”
— Donna Leon, New York Times-bestselling author of the Commissario Brunetti novels

“I always wanted to be Agatha Christie when I grew up. I still do.”
— J. A. Jance, New York Times-bestselling author of the Joanna Brady and J. P. Beaumont novels

“Agatha Christie’s indelibly etched characters have entertained millions across the years and a love of her work has brough together generations of readers—a singular achievement for any author and an inspiration to writers across the literary landscape.”
— Jacqueline Winspear, New York Times-bestselling author of the Maisie Dobbs novels