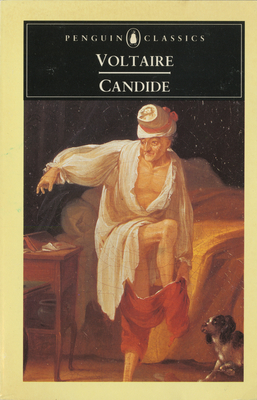 It was the indifferent shrug and callous inertia that this "optimism" concealed which so angered Voltaire, who found the "all for the best" approach a patently inadequate response to suffering, to natural disasters, not to mention the questions of illness and man-made war. Moreover, as the rebel whose satiric genius had earned him not only international acclaim, but two stays in the Bastille, flogging, and exile, Voltaire knew personally what suffering entailed. In Candide he whisks his young hero and friends through a ludicrous variety of tortures, tragedies, and a reversal of fortune, in the company of Pangloss, a "metaphysico-theologo-comolo-nigologist" of unflinching optimism. The result is one of the glories of eighteenth-century satire.
For more than sixty-five years, Penguin has been the leading publisher of classic literature in the English-speaking world. With more than 1,500 titles, Penguin Classics represents a global bookshelf of the best works throughout history and across genres and disciplines. Readers trust the series to provide authoritative texts enhanced by introductions and notes by distinguished scholars and contemporary authors, as well as up-to-date translations by award-winning translators.
François-Marie Arouet, writing under the pseudonym Voltaire, was born in 1694 into a Parisian bourgeois family. Educated by Jesuits, he was an excellent pupil but one quickly enraged by dogma. An early rift with his father—who wished him to study law—led to his choice of letters as a career. Insinuating himself into court circles, he became notorious for lampoons on leading notables and was twice imprisoned in the Bastille.

By his mid-thirties his literary activities precipitated a four-year exile in England where he won the praise of Swift and Pope for his political tracts. His publication, three years later in France, of Lettres philosophiques sur les Anglais (1733)—an attack on French Church and State—forced him to flee again. For twenty years Voltaire lived chiefly away from Paris. In this, his most prolific period, he wrote such satirical tales as “Zadig” (1747) and “Candide” (1759). His old age at Ferney, outside Geneva, was made bright by his adopted daughter, “Belle et Bonne,” and marked by his intercessions in behalf of victims of political injustice. Sharp-witted and lean in his white wig, impatient with all appropriate rituals, he died in Paris in 1778—the foremost French author of his day.


Winner of the 2012 Fifty Books/Fifty Covers show, organized by Design Observer in association with AIGA and Designers & Books

"[Penguin Drop Caps] convey a sense of nostalgia for the tactility and aesthetic power of a physical book and for a centuries-old tradition of beautiful lettering."
—Fast Company

"The Penguin Drop Caps series is a great example of the power of design. Why buy these particular classics when there are less expensive, even free editions of Great Expectations? Because they’re beautiful objects. Paul Buckley and Jessica Hische’s fresh approach to the literary classics reduces the design down to typography and color. Each cover is foil-stamped with a cleverly illustrated letterform that reveals an element of the story. Jane Austen’s A (Pride and Prejudice) is formed by opulent peacock feathers and Charlotte Bronte’s B (Jane Eyre) is surrounded by flames. The complete set forms a rainbow spectrum prettier than anything else on your bookshelf."
—Rex Bonomelli, The New York Times