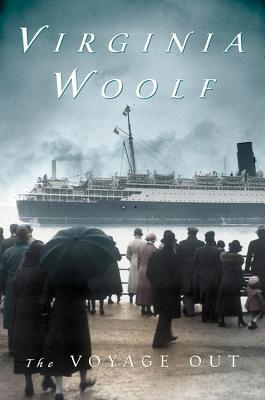 
Usually Ships in 1-5 Days
Woolf’s first novel is a haunting book, full of light and shadow. It takes Mr. and Mrs. Ambrose and their niece, Rachel, on a sea voyage from London to a resort on the South american coast. “It is a strange, tragic, inspired book whose scene is a South americanca not found on any map and reached by a boat which would not float on any sea, an americanca whose spiritual boundaries touch Xanadu and Atlantis” (E. M. Forster).

VIRGINIA WOOLF (1882–1941) was one of the major literary figures of the twentieth century. An admired literary critic, she authored many essays, letters, journals, and short stories in addition to her groundbreaking novels, including Mrs. Dalloway, To The Lighthouse, and Orlando.