The Heart of Hyacinth (Paperback) 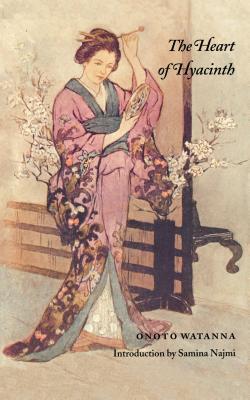 The Heart of Hyacinth (Paperback)

The Heart of Hyacinth, originally published in 1903, tells the coming-of-age story of Hyacinth Lorrimer, a child of white parents who was raised from infancy in Japan by a Japanese foster mother and assumed to be Eurasian. A crisis occurs when, 18 years after her birth, her American father returns to Japan to reclaim her just as Hyacinth has become engaged to a Japanese aristocrat, and she forcefully asserts her Japanese ties only to find that her prospective father-in-law will not tolerate a white wife for his son. Onoto Watanna creates in her protagonist a young white woman who not only claims a Japanese identity but shifts between her Japaneseness and her whiteness as expediency dictates. In this novel Watanna is on the cutting edge of what we now call race theory, using that theory--of racial constructions and fluidity--in the service of an avant-garde feminism.

Onoto Watanna (pen name for Winnifred Eaton) was a popular writer of American romance novels. Daughter of a Chinese mother and English father, she used her own mixed heritage to explore diverse social issues and exploited the Orientalist fantasies of her readership to become a best-selling author. Samina Najmi is visiting assistant professor in English at Wheaton College and has written extensively on women and race in Asian American literature.