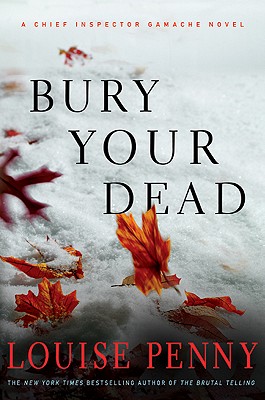 By Louise Penny
$24.99
Unavailable To Order

“Timing is critical in a mystery. Just how much is revealed and when is what keeps the reader turning pages. Louise Penny nails both in this book, the sixth in the series featuring the Canadian Inspector Gamache. Engaging characters from previous books make their appearances, but it isn't necessary to have read the others to totally enjoy this book. Those who have read the others are eagerly awaiting this book, and those who start with this one will quickly turn to the other titles in the series. Heartily recommended for all lovers of good mysteries.”
— Ann Carlson, Harborwalk Books, Georgetown, SC

It is Winter Carnival in Quebec City, bitterly cold and surpassingly beautiful. Chief Inspector Armand Gamache has come not to join the revels but to recover from an investigation gone hauntingly wrong. But violent death is inescapable, even in the apparent sanctuary of the Literary and Historical Society where an obsessive historian's quest for the remains of the founder of Quebec, Samuel de Champlain, ends in murder. Could a secret buried with Champlain for nearly 400 years be so dreadful that someone would kill to protect it?

Although he is supposed to be on leave, Gamache cannot walk away from a crime that threatens to ignite long-smoldering tensions between the English and the French. Meanwhile, he is receiving disquieting letters from the village of Three Pines, where beloved Bistro owner Olivier was recently convicted of murder. "It doesn't make sense," Olivier's partner writes every day. "He didn't do it, you know." As past and present collide in this astonishing novel, Gamache must relive the terrible event of his own past before he can bury his dead.

LOUISE PENNY is the #1 "New York Times "and "Globe and Mail "bestselling author of ten Chief Inspector Armand Gamache novels. She has won numerous awards, including a CWA Dagger and the Agatha Award (five times) and was a finalist for the Edgar Award for Best Novel. She lives in a small village south of Montreal."