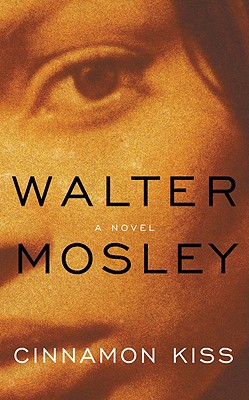 This is book number 10 in the Easy Rawlins series.

In this thrilling mystery, Easy Rawlins takes a job to find a missing attorney and his beautiful assistant—and faces danger around every corner.

It is the Summer of Love and Easy Rawlins is contemplating robbing an armored car. It's farther outside the law than Easy has ever traveled, but his daughter, Feather, needs a medical treatment that costs far more than Easy can earn or borrow in time. And his friend Mouse tells him it's a cinch.

Then another friend, Saul Lynx, offers a job that might solve Easy's problem without jail time. He has to track the disappearance of an eccentric, prominent attorney. His assistant of sorts, the beautiful "Cinnamon" Cargill, is gone as well. Easy can tell there is much more than he is being told: Robert Lee, his new employer, is as suspect as the man who disappeared. But his need overcomes all concerns, and he plunges into unfamiliar territory, from the newfound hippie enclaves to a vicious plot that stretches back to the battlefields of Europe.
Walter Mosley is one of America's most celebrated and beloved writers. A Grand Master of the Mystery Writers of America, he has won numerous awards, including the Anisfield-Wolf Award, a Grammy, a PEN USA's Lifetime Achievement Award, and several NAACP Image Awards. His books have been translated into more than twenty languages. His short fiction has appeared in a wide array of publications, including The New Yorker, GQ, Esquire, Los Angeles Times Magazine, and Playboy, and his nonfiction has been published in The New York Times Book Review, The New York Times Magazine, Newsweek, and The Nation. He is the author of Down the River unto the Sea. He lives in New York City.