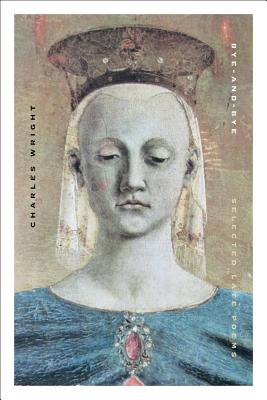 Over the course of nineteen collections of poems, Charles Wright has built "one of the truly distinctive bodies of poetry created in the second half of the twentieth century" (David Young, Contemporary Poets). Bye-and-Bye, which brings together selections from Wright's more recent work—including the entirety of Littlefoot, Wright's moving, book-length meditation on mortality—showcases the themes and images that have defined his mature work: the true affinity between writer and subject, human and nature; the tenuous relationship between description and actuality; and the search for a truth that transcends change and death. Bye-and-Bye is a wonderful introduction to the late work of one of America's finest and best-loved poets.

Charles Wright is the United States Poet Laureate. His poetry collections include Country Music, Black Zodiac, Chickamauga, Bye-and-Bye: Selected Later Poems, Sestets, and Caribou. He is a winner of the Pulitzer Prize, the National Book Critics Circle Award, the National Book Award, the Griffin Poetry Prize, and the 2013 Bollingen Prize for American Poetry. Born in Pickwick Dam, Tennessee in 1935, he currently lives in Charlottesville, Virginia.

“Has any other American poet been writing as beautifully and daringly over the past twenty-five years as Charles Wright? Possibly. But I cannot imagine who it would be … Wright has a hunk of the ineffable in his teeth and he won't let go. In poem after poem he plumbs our deepest relationships with nature, time, love, death, creation.” —Phillip Levine, American Poet citation for the Lenore Marshall Poetry Prize

“[Wright's] images, changing with the seasons, set the musical tone for each poem, and they are conceived in a manner that never ceases to astonish … He sounds like nobody else, and he has remained faithful to insights and intuitions--of darkness as of light--less than common in contemporary America.” —Helen Vendler, The New Republic

“There are precious few contemporary poets in whose work I find as much sheer wisdom as in Wright's … His ascetic discipline is an instruction and an aesthetic. The whole world seems to orbit in a kind of meditate, slow circle around Wright's grave influence.” —David Baker, Poetry

“Inside [Wright's] lyric, there resides a world well beyond the ordinary … It is the heart and soul that he delivers so eloquently.” —Thomas Curwen, Los Angeles Times

“In an age of casual faithlessness, Wright successfully reconstitutes the provocative tension between belief and materialism.” —Albert Mobilio, The Village Voice

“In a career that spans forty-five years and includes twenty-some books of poetry and every major poetry prize, from the Pultizer to the National Book Award, Wright has kept his thematic lens remarkably focused. A typical Wright poem begins with the speaker in his backyard, describing the landscape or the memory of a landscape; the resulting metaphor then ignites a philosophical meditation, often concerning theological matters . . . Wright is in a class almost alone for his ability to make fresh, wildly inventive metaphors from the stuff of the everyday, natural world . . . A lifetime spent searching out the divine the stuff of this world has yielded a body of work that will long outlive its creator.” —Pablo Tanguay, Chapter 16