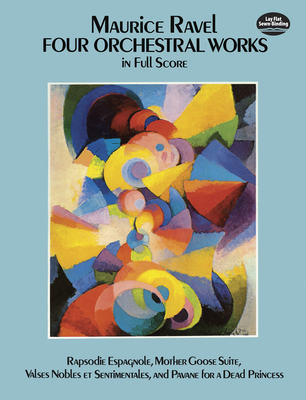 Although the moods may vary throughout these evocative works, the elegance and subtly shifting energies of their musical language could only be those of Maurice Ravel. To study them in this full-score edition is to become more fully aware not only of his great originality but also of the constant striving for perfection of form and style that prompted Stravinsky to compare him admiringly to the most perfect of Swiss watchmakers.
The Rapsodie Espagnole was Ravel's first entirely orchestral composition. A work whose exotic fantasy and subtle craftsmanship clearly express Ravel's distinctive musical personality, it was first performed publicly at the Th tre du Ch let in Paris in 1908, confirming the young composer's reputation as an orchestral poet of scintillating originality. In 1911 Ravel re-created for orchestra his highly successful composition for two pianos, the Mother Goose Suite, a truly magical work whose moods range from haunting desolation to tender exaltation.
Similarly, Ravel recast his brilliant 1911 piano composition Valses Nobles et Sentimentales as an orchestral score in 1912 (a ballet based on its premiere that year in Paris) and arranged his evocative 1899 piano work Pavane for a Dead Princess for orchestra in 1910. The rich orchestral settings of all four works have made them popular favorites on concert stages worldwide. This superbly prepared edition brings together in one volume authoritative full scores of these four works, reprinted from original French editions.