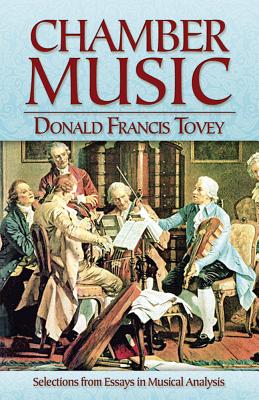 Unavailable To Order
(This book cannot be returned to our store.)
This volume features selections from the famous musicologist's acclaimed Essays in Musical Analysis. The contents comprise some of Donald F. Tovey's most important essays, including those on Bach's Goldberg Variations and The Art of Fugue as well as considerations of key works by Haydn, Mozart, Beethoven, Schumann, Chopin, and Brahms.
Tovey's Essays in Musical Analysis rank among the English language's most acclaimed works of musical criticism. Praised for their acuteness, common sense, clarity, and wit, they offer entertaining and instructive reading for anyone interested in the classical music repertoire.

Sir Donald Francis Tovey was a British music analyst, musicologist, music writer, composer, conductor, and pianist. He is best known for his Essays in Musical Analysis and his editions of the works of Bach and Beethoven.