Ben-Hur: A Tale of the Christ (Paperback) 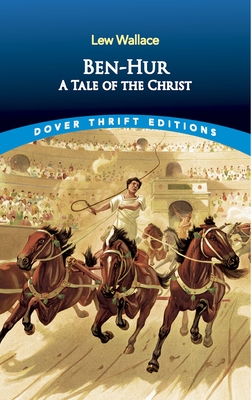 Betrayed by his best friend and enslaved by the Romans, Judah Ben-Hur seeks revenge but instead finds redemption through his encounters with Jesus Christ. Generations have thrilled to the sacred destiny of the mighty charioteer Ben-Hur, whose enduring tale began as a bestselling 1880 novel that later inspired equally popular stage and film interpretations. Combining the appeal of a historical adventure with a heartfelt message of Christian love and compassion, the story blends the visceral excitement of a quest for vengeance with the spiritual thrill of forgiveness.
Author Lew Wallace―a Civil War general, politician, and diplomat―conducted meticulous research into the ancient world to bring a vivid immediacy to his characters and settings, from life as a Roman galley slave, to the living death of exile, to a Jerusalem leper colony. The novel's countless admirers included President James A. Garfield, a former professor of literature, who told the author, With this beautiful and reverent book you have lightened the burden of my daily life.

Although best remembered as the author of Ben-Hur, Lewis Lew Wallace (1827-1905) was a lawyer, soldier, politician, and diplomat. He served as a general in the U.S. Army during the Civil War as well as a major general in the Mexican army, governor of the New Mexico Territory, and U.S. minister to the Ottoman Empire.