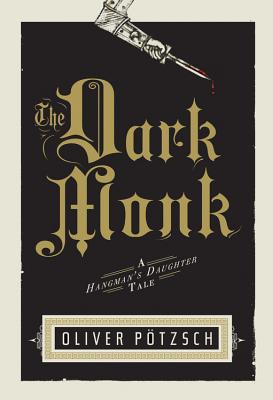 
Unavailable To Order
THE ANTICIPATED FOLLOWUP TO THE INTERNATIONAL BESTSELLER, THE HANGMAN’S DAUGHTER

1660: Winter has settled thick over a sleepy village in the Bavarian Alps, ensuring every farmer and servant is indoors the night a parish priest discovers he's been poisoned. As numbness creeps up his body, he summons the last of his strength to scratch a cryptic sign in the frost.

Following a trail of riddles, hangman Jakob Kuisl; his headstrong daughter Magdalena; and the town physician’s son team up with the priest’s aristocratic sister to investigate. What they uncover will lead them back to the Crusades, unlocking a troubled history of internal church politics and sending them on a chase for a treasure of the Knights Templar.

But they’re not the only ones after the legendary fortune. A team of dangerous and mysterious monks is always close behind, tracking their every move, speaking Latin in the shadows, giving off a strange, intoxicating scent. And to throw the hangman off their trail, they have ensured he is tasked with capturing a band of thieves roving the countryside attacking solitary travelers and spreading panic.

Delivering on the promise of the international bestseller The Hangman’s Daughter, once again based on prodigious historical research into Pötzsch’s  family tree, The Dark Monk takes us on a whirlwind tour through the occult hiding places of Bavaria’s ancient monasteries, bringing to life an unforgettable compassionate hangman and his tenacious daughter, painting a robust tableau of a seventeenth-century Bavaria still negotiating the lasting impacts of war, and quickening our pulses with a gripping, mesmerizing mystery.

OLIVER PÖTZSCH, born in 1970, has worked for years as a scriptwriter for Bavarian television, and is the New York Times bestselling author of The Hangman's Daughter series. A descendant of one of Bavaria's leading dynasties of executioners, Pötzsch lives in Munich with his family.

"If you enjoy an unlikely hero, look no further. The Dark Monk comes with three...In this subtle, meticulously crafted story, every word is a possible clue, and the characters are so engaging that it’s impossible not to get involved in trying to help them figure the riddle out."—Oprah.com    "Pötszch knows Germany in his bones." —NPR, On Point   "[A] rousing sequel." —Chicago Tribune   "Swift and sure, compelling as any conspiracy theory, persuasive as any spasm of paranoia, The Dark Monk grips you at the base of your skull and doesn't let go."
—Gregory Maguire, author of Wicked and Out of Oz "Oliver Pötzsch takes readers on a darkly atmospheric visit to seventeenth-century Bavaria in his latest adventure. With enough mystery and intrigue to satisfy those who like gritty historical fiction, The Dark Monk has convincing characters, rip-roaring action, and finely-drawn settings."
—Deborah Harkness, author of A Discovery of Witches and the forthcoming Shadow of Night "Weaving together the mystery of a murdered priest, a Templar treasure, and a kind-hearted hangman, Oliver Pötzsch's The Dark Monk is a labyrinth of clues and rich characters in seventeenth-century Bavaria. Pötzsch keeps the action boiling, the clues intriguing, and the history fascinating and authentic."
—William Dietrich, author of The Emerald Storm "Pötzsch does an excellent job of plunking the reader down in seventeenth-century Germany ... Readers will also appreciate the nice balance between drama, suspense, and humor: this is a serious story, Pötzsch seems to be saying, but it’s OK to have some fun with it. At least two more books in the series are forthcoming, and they will be most welcome."
—Booklist —