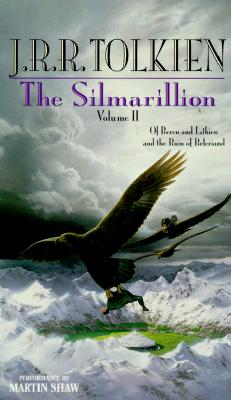 Set in a time far earlier than Tolkien's master works, The Hobbit and The Lord of the Rings, this is the epic history of the elves, and the grand story of the creation of Tolkien's magical world. The Lord of the Rings narrated the great events at the end of the Third Age; but the tales of The Silmarillion are legends deriving from a much deeper past, when Morgoth, the first Dark Lord, dwelt in Middle-earth, and the High Elves made war upon him for the recovery of the Silmarils. Never published in the author's lifetime, The Silmarillion is an essential compendium for all Tolkien fans. It will be published in five consecutive volumes, each completely unabridged. The series contains not only the Quenta Silmarillion, but four other short works: the Ainulindale, Valaquenta, Akallabeth and Of the Rings of Power.