The Worm and His Kings (Paperback) 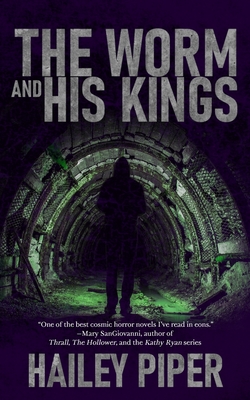 The Worm and His Kings (Paperback)

When you slip through the cracks, no one is there to catch you. Monique learns that the hard way after her girlfriend Donna vanishes without a trace.

Only after the disappearances of several other impoverished women does Monique hear the rumors. A taloned monster stalks the city's underground and snatches victims into the dark.

Donna isn't missing. She was taken.

To save the woman she loves, Monique must descend deeper than the known underground, into a subterranean world of enigmatic cultists and shadowy creatures. But what she finds looms beyond her wildest fears-a darkness that stretches from the dawn of time and across the stars.