Silver in the Bone (Hardcover) 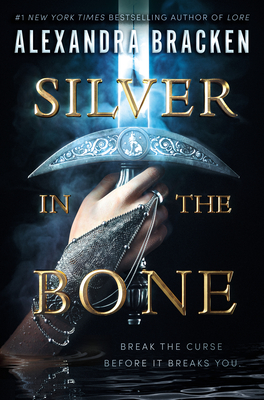 Silver in the Bone (Hardcover)

Tamsin Lark didn’t ask to be a Hollower. As a mortal with no magical talent, she was never meant to break into ancient crypts, or compete with sorceresses and Cunningfolk for the treasures inside. But after her thieving foster father disappeared without so much as a goodbye, it was the only way to keep herself—and her brother, Cabell—alive.

Ten years later, rumors are swirling that her guardian vanished with a powerful ring from Arthurian legend. A run-in with her rival Emrys ignites Tamsin’s hope that the ring could free Cabell from a curse that threatens both of them. But they aren’t the only ones who covet the ring.

As word spreads, greedy Hollowers start circling, and many would kill to have it for themselves. While Emrys is the last person Tamsin would choose to partner with, she needs all the help she can get to edge out her competitors in the race for the ring. Together, they dive headfirst into a vipers’ nest of dark magic, exposing a deadly secret with the power to awaken ghosts of the past and shatter her last hope of saving her brother. . . .
ALEXANDRA BRACKEN was born in Phoenix, Arizona. The daughter of a Star Wars collector, she grew up going to an endless string of Star Wars conventions and toy fairs, which helped spark her imagination and instilled a deep love of reading. After graduating high school, she attended the College of William & Mary in Virginia, where she double-majored in English and history. She sold her first book, Brightly Woven, as a senior in college, and later moved to New York City to work in children's book publishing, first as an editorial assistant, then in marketing. After six years, she took the plunge and decided to write full-time. She now lives in Arizona with her tiny pup, Tennyson, in a house that's overflowing with books.

Alex is a #1 New York Times and USA Today bestselling author. Her work is available across the world in over 15 languages.