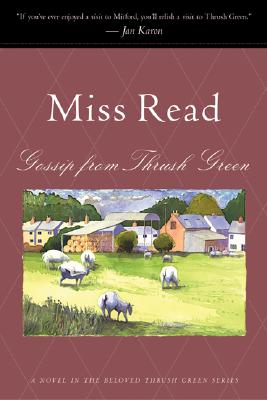 GOSSIP FROM THRUSH GREEN returns readers to the delightful English village, neighbor to Fairacre, for a golden summer. But this sleepy, pristine setting conceals a flurry of activity amongst the villagers. Rumor has it that Mr. Venables is considering retirement just as the village's teacher is about to make an important decision. Molly Curdle prepares for a new baby. The kindly vicar, Charles Henstock, works on his sermon -- quite unaware of the disaster that will overtake him. However, there is never any doubt that all will end well in this very English village.