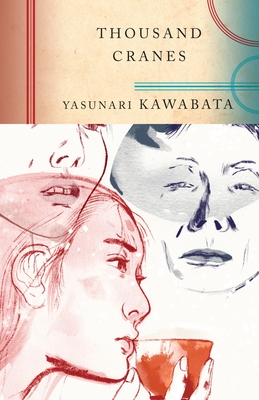 
Usually Ships in 1-5 Days
A luminous story of desire, regret, and the almost sensual nostalgia that binds the living to the dead—from the acclaimed Nobel Prize winner and author of Snow Country.

While attending a traditional tea ceremony in the aftermath of his parents’ deaths, Kikuji encounters his father’s former mistress, Mrs. Ota. At first Kikuji is appalled by her indelicate nature, but it is not long before he succumbs to passion—a passion with tragic and unforeseen consequences, not just for the two lovers, but also for Mrs. Ota’s daughter, to whom Kikuji’s attachments soon extend. Death, jealousy, and attraction convene around the delicate art of the tea ceremony, where every gesture is imbued with profound meaning.
Yasunari Kawabata was born in Osaka in 1899. In 1968 he became the first Japanese writer to receive the Nobel Prize for Literature. One of Japan’s most distinguished novelists, he published his first stories while he was still in high school, graduating from Tokyo Imperial University in 1924. His short story “The Izu Dancer,” first published in 1925, appeared in The Atlantic Monthly in 1955. Kawabata authored numerous novels, including Snow Country (1956), which cemented his reputation as one of the preeminent voices of his time, as well as Thousand Cranes (1959), The Sound of the Mountain (1970), The Master of Go (1972), and Beauty and Sadness (1975). He served as the chairman of the P.E.N. Club of Japan for several years and in 1959 he was awarded the Goethe-medal in Frankfurt. Kawabata died in 1972.

“A literary habitat like no other . . . quietly devastating fiction. . . . Behind a lyrical and understated surface, chaotic passions pulse.”
—The Independent (London)

“Thousand Cranes has the qualities of the best Japanese writing: a stunning economy, delicacy of feeling, and a painter’s sensitivity to the visible world.”
—The Atlantic