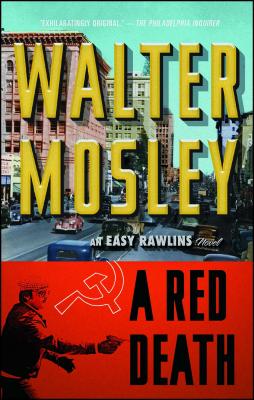 This is book number 2 in the Easy Rawlins Mystery series.

It’s 1953 in Red-baiting, blacklisting Los Angeles—a moral tar pit ready to swallow Easy Rawlins. Easy is out of the hurting business and into the housing (and favor) business when a racist IRS agent nails him for tax evasion. Special Agent Darryl T. Craxton, FBI, offers to bail him out if he agrees to infiltrate the First American Baptist Church and spy on alleged communist organizer Chaim Wenzler. That’s when the murders begin....
Walter Mosley is the acclaimed author of forty-three books, including the internationally bestselling Easy Rawlins series. His best known Easy Rawlins novels include Devil in a Blue Dress, A Red Death, White Butterfly, Black Betty, and Little Yellow Dog. He is also the author of the collection of stories Always Outnumbered. Always Outgunned featuring Socrates Fortlow, which was the basis for an HBO feature film. A former president of the Mystery Writers of America, he was named a grand master by the organization in 2016. He has served on the board of directors of the National Book Foundation and is a recipient of the PEN American Center Lifetime Achievement Award. A native of Los Angeles, he now lives in New York City.

"The thriller or detective story, raised to a higher level...action, suspense, a well-crafted plot...fast-moving [and] enjoyable."
— New York Newsday

"This is a master at work: we would be well advised to seek everything Walter Mosley writes."
— The Indianapolis News

"A Red Death is a straightforward, cleanly nasty treat. The writing is funky and knowing, with a no-fools cast."
— Mirabella

"Mosley...is here to stay and not to be missed."
— Los Angeles Times Book Review