A Lesson in Secrets (Hardcover) 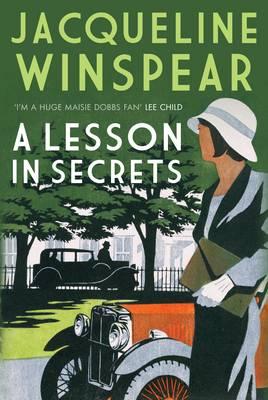 By Jacqueline Winspear
$39.39
Unavailable To Order

“Put on the kettle, lock all the doors, and settle in for a fabulous read with the newest adventure of the indomitable Maisie Dobbs! It's 1932, and Maisie takes a job with the British Secret Service, going undercover to investigate ties between a small Cambridge college and the rising Nazi Party. When the head of the college turns up dead, Maisie finds herself torn between the Service and Scotland Yard in a complicated case involving echoes of the last war and omens of the next. A Lesson in Secrets confirms Winspear's place at the top of the list of historical mystery writers.”
— Kristine Kaufman, The Snow Goose Bookstore, Stanwood, WA

Maisie Dobbs' first assignment for the British Secret Service takes her undercover to Cambridge as a professor, and leads to the investigation of a murderous web of activities being conducted by the up-and-coming Nazi party.