Wynema: A Child of the Forest (Paperback) 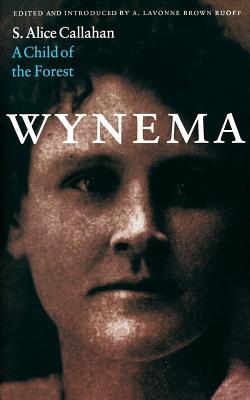 Wynema: A Child of the Forest (Paperback)


Usually Ships in 1-5 Days
(This book cannot be returned to our store.)
Originally published in 1891, Wynema is the first novel known to have been written by a woman of American Indian descent. Set against the sweeping and often tragic cultural changes that affected southeastern native peoples during the late nineteenth century, it tells the story of a lifelong friendship between two women from vastly different backgrounds—Wynema Harjo, a Muscogee Indian, and Genevieve Weir, a Methodist teacher from a genteel Southern family. Both are firm believers in women’s rights and Indian reform; both struggle to overcome prejudice and correct injustices between sexes and races. Callahan uses the conventional traditions of a sentimental domestic romance to deliver an elegant plea for tolerance, equality, and reform.
S. Alice Callahan (1868–94) was a mixed-blood of Muscogee descent. She attended the Wesleyan Female Institute in Staunton, Virginia, and became a Methodist teacher for the Muscogee (Creek) Nation in Oklahoma. Wynema was her first and only novel. A. LaVonne Brown Ruoff is professor emerita of English at the University of Illinois, Chicago, and the author of American Indian Literatures: An Introduction, Bibliographic Review and Selected Bibliography.

“Callahan takes on the role of a ‘woman word warrior,’ creating ‘strong-hearted,’ intelligent heroines and sensitive heroes who educate her audience about Muscogee culture, Indians’ and women’s rights, and the mutual respect between the sexes essential to happy marriages.”—A. LaVonne Brown Ruoff, from the introduction