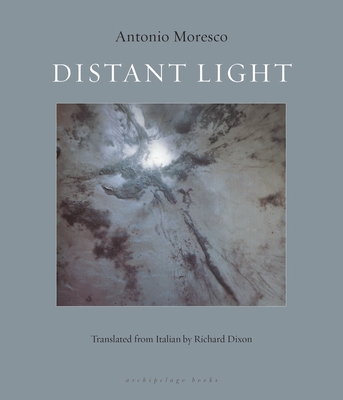 By Antonio Moresco, Richard Dixon (Translated by)
$19.80
Unavailable To Order

A man lives in total solitude in an abandoned mountain village. But each night, at the same hour, a mysterious distant light appears on the far side of the valley and disturbs his isolation. What is it? Someone in another deserted village? A forgotten street lamp? An alien being? Finally the man is driven to discover its source. He finds a young boy who also lives alone, in a house in the middle of the forest. But who really is this child? The answer at the secret heart of this novel is both uncanny and profoundly touching. Antonio Moresco's "Little Prince" is a moving meditation on life and the universe we inhabit. Moresco reflects on the solitude and pain of existence, but also on what we share with all around us, living and dead.

Antonio Moresco is the author of nearly twenty works, including fiction and essay collections. He co-founded the collective blog Nazione Indiana and is a contributing editor for the literary journal Il Primo Amore. His debut book of short stories, Clandestinità (Underground) appeared in 1993, when the author was forty-seven years old. A succession of novels soon followed, most importantly the first two volumes of his trilogy, L'increato (The Uncreated). He is still at work on the third volume.

"Despite its fable-like structure and brevity, Moresco has Kafka’s power to unnerve, and Walser’s genial strangeness. Something like a supernatural modernist story, Distant Light’s real territory is dreams, where readers may find the book’s imagery still lingering."
--Publishers Weekly

"[A] man discovers a small boy living by himself in the woods, apparently self-sufficiently, and begins to visit him every few days. Their hesitant, budding relationship uncovers the pain of loneliness, the ephemerality of life, their insignificance in the universe—and the necessity of human connection ... imagery and language glow throughout. An unsettling and strangely tender novel."
--Kirkus Reviews

"At times, Distant Light reads like a straightforward fable, an elegant rumination on the mysteries of the soul. But there are a number of grave and surprising subplots in this story, each of which Moresco explores with great care. Brief but often quite moving, this enigmatic tale of solitude and companionship abounds with humanity."
--Kevin Canfield, World Literature Today

"Though modest in length, Distant Light is a dense and thoughtful book that should be lingered over, rather than burned through. It dwells on esoteric questions, but also provides unsettling insight into the darkest depths of the human condition, as well as a uniquely complex rendering of its polarity. There are secrets to be uncovered here, it seems to whisper, if only you can pluck them from the shadows."
--The Literary Review

"[A] profound philosophical meditation on life and death... Dixon’s translation works wonders in English, while preserving the text’s own magic... [W]e are introduced to another, unexpected, invisible realm within our midst, a realm essential to Moresco’s literary imagination. But to say more is to reveal the great mystery at the heart of this text. And it is a mystery to be savored and pondered."
--Stiliana Milkova, Reading in Translation

"It is not the imitation of a classic, but a small classic in itself."
--Angelo Guglielmi, L'Unita

"Halfway between fairy tale and science fiction, between religious and sacreligious, between poetry and philosophy, this book by Antonio Moresco looks with careful but compelling insistence at the mystery of what happens 'in the dark funnel' of a life and the very material that makes literature."
--Anna Ruchat, Pulp

"It is a Canticle of the Creatures re-examined and modified with the eye of Galileo and the tragic vision of Leopardi, a prayer without religion but full of human religiosity. This small enchanting book is a modern De rerum natura of lyrical biology. Moresco is not only one of the greatest Italian writers, he is also the ultimate poet."
--Massimiliano Parente, Il Giornale

"[Moresco's trilogy is a masterpiece] that raises Moresco to the heights of Italian literature, placing him in a line that moves beyond postmodernity."
--The Financial Times

A review by Nathalie Crom of the French translation appeared in Télérama in October 2014 and can be found here: http://www.telerama.fr/livres/la-petite-lumiere,118194.php