The Year of the Runaways: A novel (Hardcover) 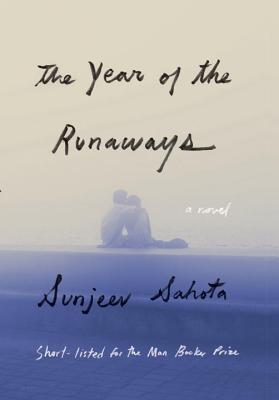 By Sunjeev Sahota
$27.95
Unavailable To Order

Short-listed for the 2015 Man Booker Prize

The Guardian: The Best Novels of 2015
The Independent: Literary Fiction of the Year 2015

From one of Granta’s Best of Young British Novelists and Man Booker Prize nominee Sunjeev Sahota—a sweeping, urgent contemporary epic, set against a vast geographical and historical canvas, astonishing for its richness and texture and scope, and for the utter immersiveness of its reading experience.

Three young men, and one unforgettable woman, come together in a journey from India to England, where they hope to begin something new—to support their families; to build their futures; to show their worth; to escape the past. They have almost no idea what awaits them.

In a dilapidated shared house in Sheffield, Tarlochan, a former rickshaw driver, will say nothing about his life in Bihar. Avtar and Randeep are middle-class boys whose families are slowly sinking into financial ruin, bound together by Avtar’s secret. Randeep, in turn, has a visa wife across town, whose cupboards are full of her husband’s clothes in case the immigration agents surprise her with a visit.

She is Narinder, and her story is the most surprising of them all.

The Year of the Runaways unfolds over the course of one shattering year in which the destinies of these four characters become irreversibly entwined, a year in which they are forced to rely on one another in ways they never could have foreseen, and in which their hopes of breaking free of the past are decimated by the punishing realities of immigrant life.

A novel of extraordinary ambition and authority, about what it means and what it costs to make a new life—about the capaciousness of the human spirit, and the resurrection of tenderness and humanity in the face of unspeakable suffering.

SUNJEEV SAHOTA was born in 1981 in Derbyshire and lives in Sheffield with his wife and children.

Praise for The Year of the Runaways:

"No recent novel does a more powerful job capturing the day-to-day lives of immigrants than "The Year of the Runaways," which was shortlisted for the 2015 Man Booker prize... Mr. Sahota... has an instinctive sense of storytelling, immersing us in the dilemmas of his characters... Writing with unsentimental candor, Mr. Sahota has created a cast of characters whose lives are so richly imagined that this deeply affecting novel calls out for a sequel or follow-up that might recount the next installment of their lives."


“The Grapes of Wrath for the 21st Century… America's fresh spasm of xenophobia makes this devastating story about the plight of immigrants all the more relevant now . . . Relentless . . . Absorbing . . . The great marvel of this book is its absolute refusal to grasp at anything larger than the hopes and humiliations of these few marginal people . . . The story’s momentum feels absolutely overwhelming . . . Read this novel.”


“Mr. Sahota’s masterly immigrant saga . . . powerfully reminds us of just what immigrants seek in the West . . . Absorbing, highly textured . . . The Year of the Runaways is a poignant exploration of the fate of friendship and goodness in a frontier world . . . Superb.”


"Immersive... Sahota is a clear-eyed, unflinching storyteller, switching seamlessly between the characters' desperate present circumstances and the crises at home that lead to their migration. The book is a major achievement, a compassionate tale about the cruelties of twenty-first century immigrant life."


"A unique reading experience...get lost in this sprawling, stunning novel."


"[Sahota's] powerful recent novel, The Year of the Runaways is a striking exception to the kind of bourgeois cosmopolitanism with which the literature (and academic literary criticism) of the professional South-Asian diaspora is identified"


"An intensely immersive story that, through its forthrightness, shines light on the harsh realities of undocumented immigration...Ambitious in everything it tackles... The novel prevails not only in the power of its myriad messages but also in the experience of reading it."


Praise from the U.K. for The Year of the Runaways:

"All you can do is surrender, happily, to its power."


"A brilliant political novel, deeply felt, told in the most intimate of ways...Sahota knows how to turn a phrase, how to light up a scene, how to make you stay up late to learn what happens next.  This is a novel that takes on the largest questions and still shines in its smallest details...a brilliant and beautiful novel."


"Should be compulsory reading. A magnificent achievement."


"The best novel of the year....judges of forthcoming literary prizes need look no further."


“Timely and humane.” —The Guardian: Literary Fiction of the Year 2015


“I defy anyone to read it and retain any simplistic opinions about “economic migration.”

— The Independent: Literary Fiction of the Year 2015