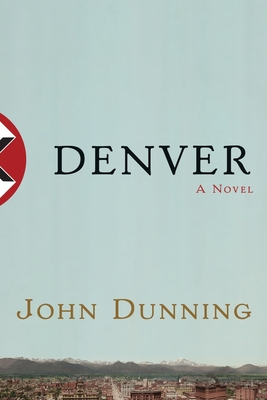 By the 1920s, Denver had outgrown its frontier-town beginnings. But for some, life was still as perilous as the surrounding terrain. The insidious influence of the Ku Klux Klan was reaching its peak, and those who stood in its path feared for their safety. Denver is the saga of a family caught in this tempestuous time.

To newspaperman Tom Hastings, his writing matters more than anything. As the book opens, President Harding has just died, and Hastings finds himself drawn toward the biggest story of his career. But his wife resents his allegiance to the newspaper and his Jewish stepfather is a target for the supremacist Kleagles—two good reasons not to persist in his pursuit of the story: that and the KKK has penetrated the highest levels of government in the state.

Some eighty characters surround Tom Hastings: there’s his half-sister, the quiet, passionate Jewess Anna Kohl; David Waldo, a socialist and friend to Jack London; Willie Brown, a rising political star torn between his desire for elective office and the love of his life; and Marvel Millette, a Nellie Bly–like reporter in whom Tom Hastings finally meets his match.

John Dunning creates flesh-and-blood figures, not only of these fictional characters but of historical personages as well. There is John Galen Locke, the Grand Dragon of the KKK, and Fred Bonfils, a founder of a newspaper dynasty built on tabloid sensationalism; President Calvin Coolidge, too, makes a gruff appearance.

Denver is a panoramic novel as vibrant as the city for which it is named, as tumultuous as the era in which it is set. John Dunning never lets the reader lose sight of the men and women who live their lives on the pages of this saga. While crosses burst into angry flames and menacing droves of white-robed Klansmen gather against the torch-lit skies, passions, fears, joys, and hates are played out in Denver in the 1920s.

John Dunning has revealed some of book collecting’s most shocking secrets in his bestselling series of crime novels featuring Cliff Janeway: Booked to Die, which won the prestigious Nero Wolfe award; The Bookman’s Wake, a New York Times Notable Book; and the New York Times bestsellers The Bookman’s Promise, The Sign of the Book, and The Bookwoman’s Last Fling. He is also the author of the Edgar Award-nominated Deadline, The Holland Suggestions, and Two O’Clock, Eastern Wartime. An expert on rare and collectible books, he owned the Old Algonquin Bookstore in Denver for many years. He lives in Denver, Colorado. Visit OldAlgonquin.com.