Stories of Your Life and Others (Compact Disc) 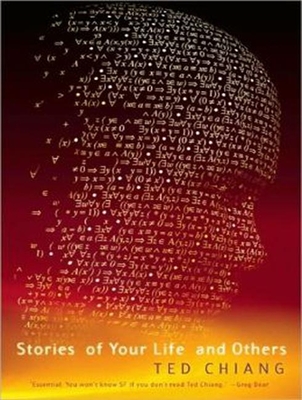 This new edition of Ted Chiang's masterful first collection, Stories of Your Life and Others, includes his first eight published stories. Combining the precision and scientific curiosity of Kim Stanley Robinson with Lorrie Moore's cool, clear love of language and narrative intricacy, this award-winning collection offers listeners the dual delights of the very, very strange and the heartbreakingly familiar. Stories of Your Life and Others presents characters who must confront sudden change-the inevitable rise of automatons or the appearance of aliens-while striving to maintain some sense of normalcy. In the amazing and much-lauded title story (the basis for the 2016 movie Arrival), a grieving mother copes with divorce and the death of her daughter by drawing on her knowledge of alien languages and non-linear memory recollection. A clever pastiche of news reports and interviews chronicles a college's initiative to turn off the human ability to recognize beauty in Liking What You See: A Documentary. With sharp intelligence and humor, Chiang examines what it means to be alive in a world marked by uncertainty and constant change, and also by beauty and wonder.

Ted Chiang is a celebrated science fiction writer and the author of numerous short stories, including "Exhalation," which won the Hugo, British Science Fiction, and Locus awards. He lives near Seattle.

Former radio broadcaster Todd McLaren has been heard on more than 5,000 TV and radio commercials; narrations for documentaries on such networks as A&E and the History Channel; and films. His book narrations have earned him a prestigious Audie Award as well as a "Publishers Weekly" Listen-Up Award.

Award-winning stage actress Abby Craden works in all aspects of voice-over and can be heard in numerous commercials, animation, video games, and audiobooks. "AudioFile" magazine has awarded her an Earphones Award as well as named her One of 2012's Best Voices.