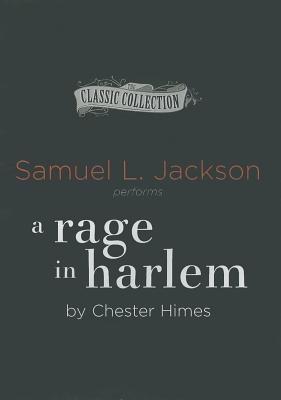 Himes, described by "The Sunday Times" as the greatest find in American crime fiction since Raymond Chandler, was no stranger to the world of crime: in his late teens and early 20s, he served 7 years in the Ohio State Penitentiary for armed robbery, the confession to which was beaten out of him by the police. He delivers the tale of his hopelessly naive hero suddenly finding himself on the run from a hypocritical and far-from-heroic police force with lurid violence and brutal humor. There is no voice better than Mr. Jackson's to narrate this hardboiled story of love and crime, set in a richly imagined, mid-20th century Harlem.

"A Rage in Harlem" is part of Audible's A-List Collection, featuring the world's most celebrated actors narrating distinguished works of literature that each star had a hand in selecting.