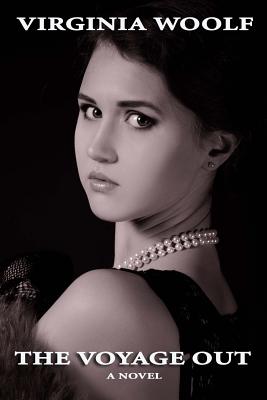 The Voyage Out was Virginia Woolf's first novel. Originally published in 1915 in the UK and 1920 in the US, this novel is about a young woman's voyage to South Africa on her father's boat, and the interesting people she meets on her journey of discovery. Side-note: this book also introduces Mrs. Dalloway, who takes center stage in Woolf's most famous novel. This book is about Rachel Vinrace, with Clarissa Dalloway as a supporting character.
Virginia Woolf (1882-1941) was best known as the author of the novels Mrs. Dalloway and To the Lighthouse. Her first novel, The Voyage Out, introduced Clarissa Dalloway to the reading public. Woolf drowned herself in 1941. Throughout her life, she suffered from mental illness (what we call bipolar disorder nowadays).