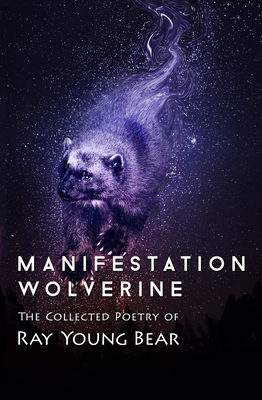 The definitive collection from a groundbreaking Native American poet whose work traces the fault lines between past and present, real and surreal, comedy and tragedy to unveil a transcendent new vision of the world

Hailed by the Bloomsbury Review as "the nation's foremost contemporary Native American poet" and by Sherman Alexie as "the best poet in Indian Country," Ray Young Bear draws on ancient Meskwaki tradition and modern popular culture to create poems that provoke, astound, and heal.

This indispensable volume, which contains three previously published collections--Winter of the Salamander (1979), The Invisible Musician (1990), and The Rock Island Hiking Club (2001)--as well as Manifestation Wolverine, a brilliant series of new pieces inspired by animistic beliefs, a Lazy-Boy recliner, and the word songs Young Bear sang to his children, is a testament to the singularity of the poet's talent and the astonishing range of his voice.

Ray Young Bear is a lifetime resident of the Meskwaki Settlement in central Iowa. His poems have appeared in numerous magazines and anthologies, including Virginia Quarterly Review, New Letters, Prairie Schooner, the Iowa Review, the American Poetry Review, and the Best American Poetry, and have been collected into three books: Winter of the Salamander (1980), The Invisible Musician (1990), and The Rock Island Hiking Club (2001). He also wrote Black Eagle Child: The Facepaint Narratives (1995), a novel combining prose and poetry that was heralded by the New York Times as "magnificent." Its sequel, Remnants of the First Earth (1998), won the Ruth Suckow Award as an outstanding work of fiction about Iowa. The recipient of a grant from the National Endowment for the Arts, Ray Young Bear has taught creative writing and Native American literature at numerous schools across the United States, including the University of Iowa and the Institute of American Indian Arts. A singer as well as an author, Young Bear is a cofounder of the Woodland Singers & Dancers, which performs contemporary and traditional tribal dances throughout the country.