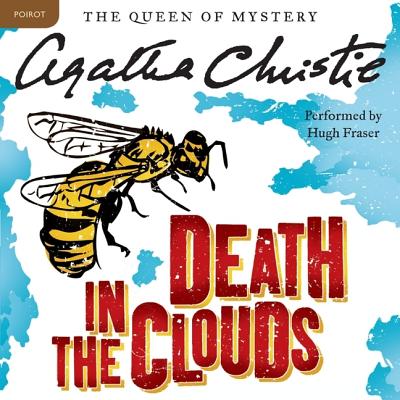 This is book number 12 in the Hercule Poirot Mysteries series.

From seat No. 9, Hercule Poirot is almost ideally placed to observe his fellow air travelers on this short flight from Paris to London. Over to his right sits a pretty young woman, clearly infatuated with the man opposite. Ahead, in seat No. 13, is the Countess of Horbury, horribly addicted to cocaine and not doing too good a job of concealing it. Across the gangway in seat No. 8, a writer of detective fiction is being troubled by an aggressive wasp. Yes, Poirot is almost ideally placed to take it all in--except that the passenger in the seat directly behind him has slumped over in the course of the flight . . . dead. Murdered. By someone in Poirot's immediate proximity. And Poirot himself must number among the suspects.

This title was previously published as Death in the Air.