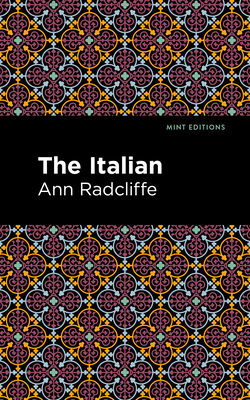 The Italian (1797) is a novel by Ann Radcliffe. Radcliffe's final novel is a tragic story of romance and mystery set in Naples during the brutal years of the Holy Inquisition. Published in the aftermath of the French Revolution, the novel investigates the issues of religion and class that had inspired the Republican cause, changing Europe and the world forever. Considered an essential work of Gothic fiction, The Italian is an early example of her prowess as a leading novelist of suspense and the supernatural. A young Englishman meets a friar while touring Naples. At the church of Santa Maria del Pianto, he notices a shadowy stranger sitting near the confessional. When the friar informs him that the man is an assassin, his friend, an Italian, offers to send him the narrative containing the man's shocking confession. Back at his hotel room, he reads a story beginning in 1758 at the church of San Lorenzo, where a young nobleman falls in love with a beautiful orphan named Ellena. When Vicentio informs his mother, the Marchesa, of his desire to marry the girl, she conspires with the wicked Father Schedoni to change her son's mind. Soon, Ellena disappears, sending Vicentio di Vivaldi on a quest to save her life. With a beautifully designed cover and professionally typeset manuscript, this edition of Ann Radcliffe's The Italian is a classic of English literature reimagined for modern readers.