The Man in the Moone (Paperback) 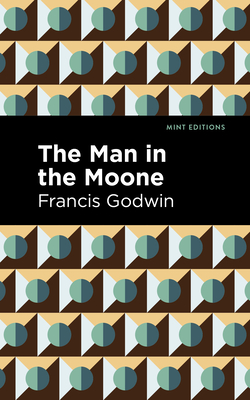 The Man in the Moone (Paperback)

The Man in the Moone (1638) is a utopian science fiction story by Francis Godwin. Published posthumously, the book appeared under the pseudonym Domingo Gonsales, the name of its intrepid narrator. The Man in the Moone was inspired by recent discoveries in the field of astronomy by Nicolaus Copernicus, Johannes Kepler, William Gilbert, and Galileo Galielei. Godwin was particularly interested in the possibility of lunar habitation, and he wrongly believed that the dark spots on the surface of the Moon were seas. His work has many similarities to Lucian's True History, a second-century A. D. science fiction novel that appeared in an influential English translation in the 1630s. Banished from his native Spain after killing a rival in a duel, Domingo Gonsales makes his fortune in the East Indies, but soon dreams of returning home. Struck with illness on his voyage across the Atlantic, he stops at the island of St Helena to recuperate. There, he discovers a species of swan that he incorporates into a state-of-the-art flying machine. Gonsales soon gains the strength to continue his journey, making his way past Tenerife. When an English fleet destroy his vessel, the adventurer takes flight with the help of his geese, rising through space until the Earth has all but disappeared. Before he knows it, Gonsales is standing on the Moon amidst what looks to be a utopian civilization unmatched in human history.