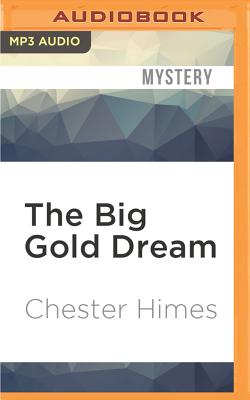 By Chester Himes, Dion Graham (Read by)
$9.99
Unavailable To Order

This is book number 4 in the Grave Digger and Coffin Ed series.

After arriving on the American literary scene with novels of scathing social protest like If He Hollers Let Him Go and The Lonely Crusade, Chester Himes created a pioneering pair of dangerously effective African-American sleuths: Grave Digger Jones and Coffin Ed Johnson, Harlem's toughest detective duo, who must carry the day against an absurdist world of racism and class warfare.

The Big Gold Dream is the explosive and shocking hardboiled classic that explores the shadowy underbelly of New York as a urban civil war erupts on the side streets of Harlem, pitting murderers and prostitutes against corrupt politicians and racist white detectives. Grave Digger Jones and Coffin Ed Johnson attempt to maintain some kind of order - in the neighborhood they have sworn to protect - in a world gone mad around them.