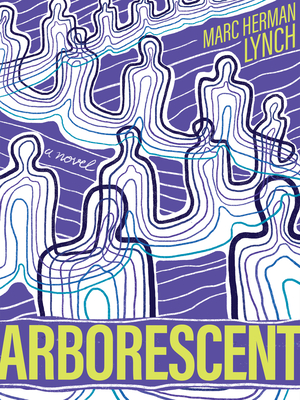 In the beltline of a run-of-the-mill metropolis, an apartment complex called Cambrian Court has become the focal point of an outlandish unfurling, where even the laws of physics are becoming questioned. Embroiled within this psychic plot are three neighbours who are strangers to one another--Nohlan Buckles, Hachiko Yoshitoshi, and Zadie Chan--and whose ordinary lives have become rife with bizarre antagonists: an ogreish landlord, an ominous hooded group called the selfies, and a donkey-faced Saint Peter.

The deeper they are drawn into this otherworld the more reality becomes suspect: Nohlan is convinced he's turning into a tree, Hachiko's staging of a kabuki shockingly comes to life, and Zadie unwittingly begins to produce doppelgangers. Without even knowing each other, they come to realize just how dependent and intertwined their lives truly are.

In Marc Herman Lynch's debut novel, some people explode, and others come back to life, but at the heart of it all are the fleeting yet indelible connections we make with one another. Darkly funny, lyrically charged, and gothically absurd, Arborescent is a raw and brilliantly imagined depiction of our disconnected contemporary world.

Marc Herman Lynch is a first generation, French-Chinese immigrant. He has an MA from the University of Calgary and is the president of filling Station magazine. Arborescent is his first novel.