Yummy: The Last Days of a Southside Shorty (Paperback) 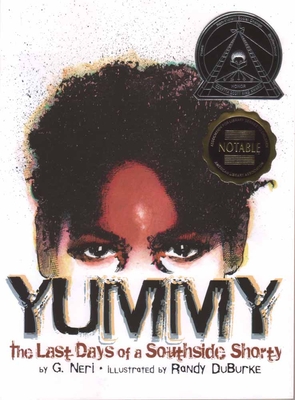 Yummy: The Last Days of a Southside Shorty (Paperback)

A graphic novel based on the life and death of Robert "Yummy" Sandifer, an eleven-year-old gang member from Chicago's Southside who was killed by his own gang members.

Eleven-year-old Roger is trying to make sense of his classmate Robert "Yummy" Sandifer's death, but first he has to make sense of Yummy's life. Yummy could be as tough as a pit bull sometimes. Other times he was as sweet as the sugary treats he loved to eat. Was Yummy some sort of monster, or just another kid?

As Roger searches for the truth, he finds more and more questions. How did Yummy end up in so much trouble? Did he really kill someone? And why do all the answers seem to lead back to a gang-the same gang Roger's older brother belongs to?

Yummy: The Last Days of a Southside Shorty is a compelling dramatization based on events that occurred in Chicago in 1994. This gritty exploration of youth gang life will force readers to question their own understandings of good and bad, right and wrong.

G. Neri is the Eisner-nominated, Coretta Scott King Honor-winning author of Yummy: the Last Days of a Southside Shorty , which Flavorwire hailed as one of the top 25 essential graphic novels of all time. He has written ten books for young people, including the Lee Bennett Hopkins Promising Poet Award-winner, Chess Rumble, and his books have been translated into multiple languages in more than 25 countries. Mr. Neri lives on the Gulf coast of Florida with his wife and daughter. For more information, visit his website at www.gneri.com. Randy DuBurke is a full-time artist, whose work has appeared in books for young readers, DC and Marvel comics, The New York Times, and MAD magazine. A native of Brooklyn, New York, DuBurke now lives in Switzerland with his wife and their two sons. His website is randyduburke.com.