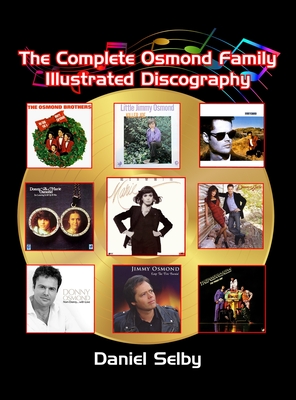 Beginning in 1963, a family from Utah started turning out records and within a decade became one of the top selling musical acts in history.

From old-time standards to pop through country and onto Broadway, this family has tackled it all. Follow along on their musical gold and platinum journey through albums, singles, and promotional material used to propel the family to heights only wished for by more established artists.

With as vast a career, spanning many, many decades it would be impossible to present every single 45 and LP release in the careers of a family with at least 5 different performing groups who recorded in eight languages: Swedish, Japanese, Samoan, German, Spanish, French, Latin and of course English. They've also had five recording acts on the charts at the same time with the Osmond Brothers, Donny & Marie, and Donny, Marie, and Jimmy as individual artists. But I have attempted to locate and present a vast majority of the work by this famous musical family who has sold more than 100+ million albums world wide.