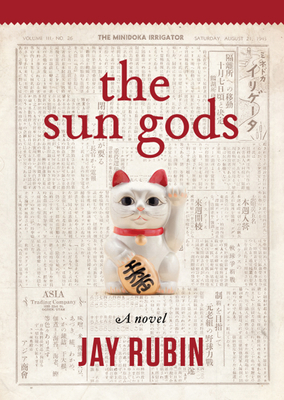 
Usually Ships in 1-5 Days
Arriving in Seattle on the eve of World War II, Japanese-born Mitsuko falls for Tom, a widowed pastor, and becomes surrogate mother to his fair-haired American toddler, Bill. But the bombing of Pearl Harbor strains the newly formed family as U.S. government mandates and Tom's growing discomfort with all things Japanese force Mitsuko and young Bill to leave Seattle and Tom behind for the Minidoka Internment Camp, unsure if they will ever return. Two decades later, memories of Minidoka and long-lost Mitsuko haunt Bill, sparking an arduous journey that leads him from Seattle's International District to newly reconstructed Japan to find his Japanese mother and learn the truth about their shared past. Jay Rubin is one of the foremost English-language translators of Japanese literature. He is best known for his numerous translations of works by Haruki Murakami, Japan's leading contemporary novelist, and the study Haruki Murakami and the Music of Words. Most recently, he has translated the first two books of Murakami's bestselling novel, 1Q84. In addition, Rubin's Making Sense of Japanese remains one the widely used guides to Japanese language studies. Jay Rubin received his PhD in Japanese literature from the University of Chicago and taught at Harvard University and the University of Washington. He lives near Seattle with his wife.