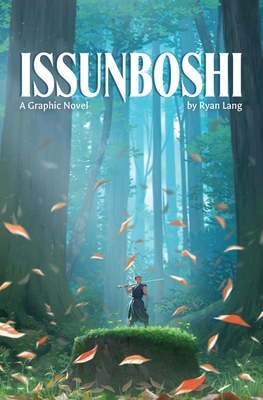 
Usually Ships in 1-5 Days
An epic graphic novel retelling of the Japanese folktale about the one-inch Samurai, Issunboshi.

In a feudal Japan where creatures of myth and folklore are real, a demon sets out to reforge an ancient weapon to take over the world. The only person who can stop him is a six-inch-tall would-be samurai, who also happens to be the final and most important piece of the weapon.

ISSUNBOSHI: A Graphic Novel is a lush retelling of the classic Japanese folktale reminding us that one is not born a hero –– you must discover the courage to become one.
Ryan Lang is a Los Angeles-based production designer and visual development artist. At a young age, he fell in love with the art and storytelling of comic books, which eventually led to a career in both animation and live-action. He has contributed to such films as Wreck-It Ralph, Moana, The Mitchells vs The Machines, Doctor Strange, Avengers: Infinity War, and Avengers: Endgame. Issunboshi is his first graphic novel endeavor.

Born and raised in Hawaii, Issunboshi was one of the first folktales Ryan Lang heard in preschool and has stuck with him ever since. Issunboshi: A Graphic Novel is an epic amalgam combing one of his favorite folktales, his love for animation, and his passion for stories about what it takes to be a hero.