The World Turned Upside Down (Paperback) 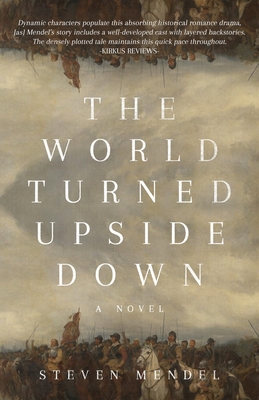 The World Turned Upside Down (Paperback)

The year is 1645, and a bitter civil war is raging in England. The palace is overrun by the rebels. The queen is captured and awaits trial. The future of England is unknown: will it be a republic or a monarchy?

Abagail, a seventeen-year-old lady in waiting to Princess Margot and heir to the British crown, is dragged from her bed and thrown into jail. She shares a cell with a woman who has lost her mind due to many years of confinement. Abagail learns that this "crazy" old woman is her mother, and that Abagail's existence is a threat to the rebels and the royal family. Abagail and her mother plan an escape, but Abagail's mother and a young guard are killed. Abagail, now a fugitive, has to learn to live in the real world while evading the king's soldiers.

The World Turned Upside Down by Steven Mendel interweaves the story of Abagail's quest to live an authentic life with England's quest to radically transform its society.