Yorick and Bones: Friends by Any Other Name Lib/E (Compact Disc) 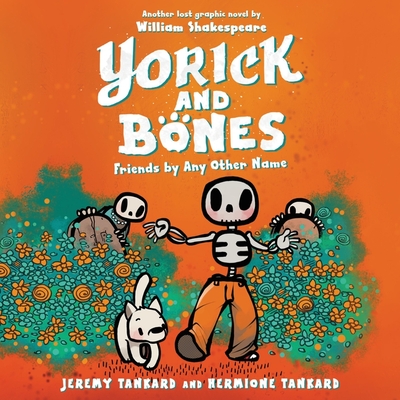 Yorick and Bones: Friends by Any Other Name Lib/E (Compact Disc)

Yorick and his trusty canine companion Bones hath returned, and they are cordially invited to a costume party

But when Yorick arrives and meets a new friend, he isn't sure whether she likes the real him or just who he is in disguise.

Do clothes really make the skeleton? Can Yorick ever be the same fun-loving jester he once was, if it means pretending to be something he's not?

Yorick will need help from some friendly faces to get to the bottom of these big questions. But will the answers make for a comedy or a tragedy?