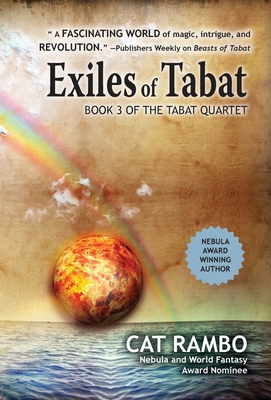 Return to a beautifully wrought and immersive world where intelligent magical creatures fight for their right to be free.

Bella Kanto finds herself aboard a hostile ship bound for a frontier town. When she encounters an old lover along the way, she has a chance to escape-but does she really want to take it?

Meanwhile apprentice Lucy and her friend Maz have been kidnapped from Tabat and taken to the Southern Isles in search of ancient magic. They fear what will happen when they get there, particularly when their kidnapper realizes he's wrong about Lucy's identity.

Return to a world where magical creatures fight for their right to be free in a system that makes use of their work and sometimes their very bodies in a city full of revolution and riot, ready for the return of its lost champion: the reluctant Bella Kanto.