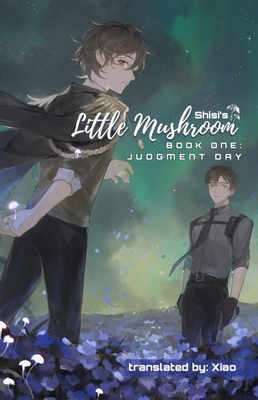 Until the day humanity falls.

In the year 2020, Earth's magnetic poles disappeared and humankind was nearly wiped out by cosmic radiation. Within the span of a hundred years, living creatures began to mutate and devour each other while the remaining humans, numbering in the tens of thousands, struggled bitterly in their man-made bases.

In the Abyss, home to the mutated xenogenics, there lived a sentient little mushroom. Because it had been nourished by the blood and flesh of the deceased human An Ze, not only did it take on a similar-looking human form, but a similar name as well: An Zhe.

An Zhe is determined to go to the human base to search for his spore, which had been harvested by humans. Once there, however, he faces the omnipresent risk of discovery and certain death as he tries to keep his non-human nature hidden from the Judges, whose responsibility is to inspect for and eliminate xenogenics like himself. And of all the Judges, Colonel Lu Feng is the most perceptive and merciless--as soon as he determines that someone is a xenogenic, he will execute that person on the spot.

But An Zhe's mutation goes undetected by Lu Feng's eyes, and so a tale of humans and xenogenics unfolds...