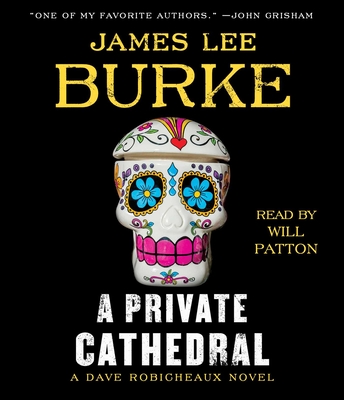 After finding himself caught up in one of Louisiana’s oldest and bloodiest family rivalries, Detective Dave Robicheaux must battle the most terrifying adversary he has ever encountered: a time-traveling superhuman assassin.

The Shondell and Balangie families are longtime enemies in the New Iberia criminal underworld and show each other no mercy. Yet their youngest heirs, Johnny Shondell and Isolde Balangie, rock and roll-musician teenagers with magical voices, have fallen in love and run away after Isolde was given as a sex slave to Johnny’s uncle.

As he seeks to uncover why, Detective Dave Robicheaux gets too close to both Isolde’s mother and the mistress of her father, a venomous New Orleans mafioso whose jealousy has no bounds. In retribution, he hires a mysterious assassin to go after Robicheaux and his longtime partner, Clete Purcel. This hitman is unlike any the “Bobbsey Twins from Homicide” have ever faced. He has the ability to induce horrifying hallucinations and travels on a menacing ghost ship that materializes without warning. In order to defeat him and rescue Johnny and Isolde, Robicheaux will have to overcome the demons that have tormented him throughout his adult life—alcoholism, specters from combat in Vietnam, and painful memories of women to whom he opened his heart only to see killed.

A Private Cathedral, James Lee Burke’s fortieth book, is his most powerful tale, one that will captivate readers—mixing crime, romance, mythology, horror, and science fiction to produce a thrilling story about the all-consuming, all-conquering power of love.

James Lee Burke is a New York Times bestselling author, two-time winner of the Edgar Award, and the recipient of the Guggenheim Fellowship for Creative Arts in Fiction. He has authored forty novels and two short story collections. He lives in Missoula, Montana.

Will Patton’s film credits include Halloween, Boarding School, Megan Leavey, American Honey, Meek’s Cutoff, A Mighty Heart, Remember the Titans, The Mothman Prophecies, Armageddon, and No Way Out. He starred in Swamp Thing on the DC Universe streaming platform and was seen in five seasons of the TNT series Falling Skies. He has won Obie Awards for his performances in Fool for Love and What Did He See? He is also known for his audiobook recordings of the work of Stephen King, James Lee Burke, Denis Johnson, and William Faulkner.

"Will Patton continues to prove himself the perfect narrator for the Dave Robicheaux series. This time the detective investigates the long-standing feud between two of Louisiana's oldest and bloodiest families and finds himself facing the threat of a chilling time-traveling assassin. The lizard-faced killer can induce horrifying hallucinations and travels on a ghost ship that can appear anywhere. Patton shifts his colorful character voices and pacing with the ease of an oyster sliding down a gullet. He gives Dave's ever-present sidekick, Clete Purcell, a gruff growl and squeezes out profanities with the bite of a hungry alligator. This new adventure entertains as it mixes several genres that challenge our perceptions of our world."
— AudioFile Magazine