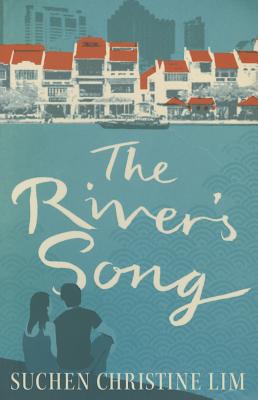 
Usually Ships in 1-5 Days
Ping, the daughter of Chinatown's Pipa Queen, loves Weng, the voice of the people, but family circumstances drive them apart. Ping is forced to leave suddenly for the USA, where she creates a different life for herself. Many years later, Ping returns to a country transformed by prosperity. Gone are the boatmen and hawkers who once lived along the river. In their place, rise luminous glass and steel towers proclaiming the power of the city state. Can Ping face her former lover and reveal the secret that has separated them for over 30 years? A beautifully written exploration of identity, love and loss, set against the dramatic upheaval unleashed by the rise of Singapore. SUNDAY TIMES BOOK OF THE MONTH.
Recipient of the South East Asia S.E.A.Write Award 2012, Suchen Christine Lim is one of Singapore's most talented and distinguished writers. Born in Malaysia, she grew up in Singapore. In 1992, her third novel, Fistful of Colours, was awarded the Inaugural Singapore Literature Prize. A Bit Of Earth (2000), her fourth novel, and a short---story collection, The Lies That Build A Marriage (2007) were subsequently shortlisted for the same prize. A short story, The Morning After, was made into a film for national television in 2008. In 2010, she co--scripted and was featured in Writing The City, a popular series of short films commissioned by the British Council, Singapore. A play, The Amah: A Portrait in Black & White, and a children's book have won merit prizes, and the Ministry of Education have adopted several of her children's picture books for kindergartens and primary schools. Awarded a Fulbright grant in 1997, she is a Fellow of the International Writers' Program, University of Iowa, and the first Singapore writer honored as the university's International Writer---in---Residence in 2000. Since then, she has also held writing residencies in Myanmar, the Philippines, South Korea and at the University of Western Australia in Perth. In 2011, she was the Visiting Fellow in Creative Writing at the Nanyang Technological University (NTU), Singapore. In the UK she has been writer in residence at Arvon Foundation several times. She returned to Moniak Mhor in Scotland in the Summer of 2013 to hold another workshop for writers.