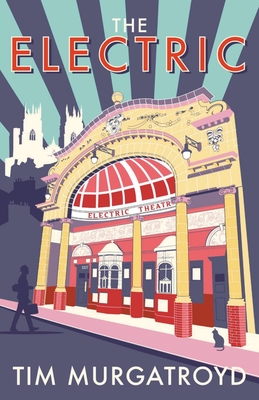 York, 1919. A young pilot returns from war, scarred physically and mentally. David Young, a gifted concert violinist, drifts into a humble job accompanying silent movies at The Electric, a fleapit cinema in provincial York. There he joins a diverse cast of misfits, each with secrets and tragedies of their own. Little does he realise these strangers, and a chance meeting, hold the key to regaining his lost hopes. As glamorous romance flickers and dances on the silver screen, can he win the redemption and love he needs for broken dreams to fly?

In The Electric, the fascinating world of silent cinema meets the glamour of the Downton era in Britain's most popular tourist city; a satisfying blend of poignant romance, strong characters, period charm, tragedy and offbeat comedy - with a moving twist at the end.

The cinema featured in this book and depicted on the cover can still be seen in Fossgate complete with its magnificent facade, now a popular and very capacious bar and more recently a furniture shop.