The Route of Ice and Salt (Paperback) 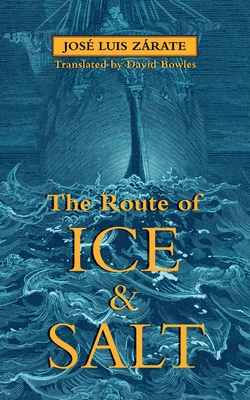 A reimagining of Dracula's voyage to England, filled with Gothic imagery and queer desire.

It's an ordinary assignment, nothing more. The cargo? Fifty boxes filled with Transylvanian soil. The route? From Varna to Whitby. The Demeter has made many trips like this. The captain has handled dozens of crews.

He dreams familiar dreams: to taste the salt on the skin of his men, to run his hands across their chests. He longs for the warmth of a lover he cannot have, fantasizes about flesh and frenzied embraces. All this he's done before, it's routine, a constant, like the tides.

The cult vampire novella by Mexican author Jos Luis Z rate is available for the first time in English. Translated by David Bowles and with an accompanying essay by noted horror author Poppy Z. Brite, it reveals an unknown corner of Latin American literature.