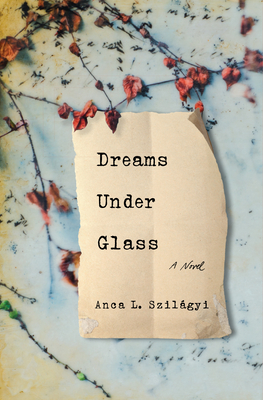 As the economy collapses around her in 2008 New York City, recent art school graduate Binnie takes a job as a paralegal to pay the bills. As her art projects languish on the back burner, she begins to obsessively imagine her daily grind expressed in unsettling and sometimes violent dioramas. Somehow, someday, she'll find the time to construct them. In the meantime, she'll walk this unsatisfying tightrope between financial stability and the life of a working artist.

But after a shocking and surreal death occurs at the law firm, Binnie wonders if her frustration is pushing her darkest imaginings into life.

Anca L. Szilágyi grew up in Brooklyn. Her writing has appeared in the Los Angeles Review of Books, Electric Literature, Gastronomica, and Fairy Tale Review, among other publications. She is the recipient of the inaugural Artist Trust/Gar LaSalle Storyteller Award, a Made at Hugo House fellowship, and awards from the Vermont Studio Center, 4Culture, the Seattle Office of Arts & Culture, and the Jack Straw Cultural Center. The Stranger hailed Anca as one of the "fresh new faces in Seattle fiction." She lives in Seattle with her husband.
“A darkly delicious exploration of modern entrapment, Dreams Under Glass is both a coming-of-age novel and a horror story about gluttony, greed, and art. Szilágyi binds the spell with confectionary precision and a collector's sense of wonder and ceaseless want. This book rattles with its refraction of a world in which telling the truth might be the most difficult art.”
—Nancy Jooyoun Kim, New York Times bestselling author of The Last Story of Mina Lee