Alex Steinweiss: The Inventor of the Modern Album Cover (Hardcover) 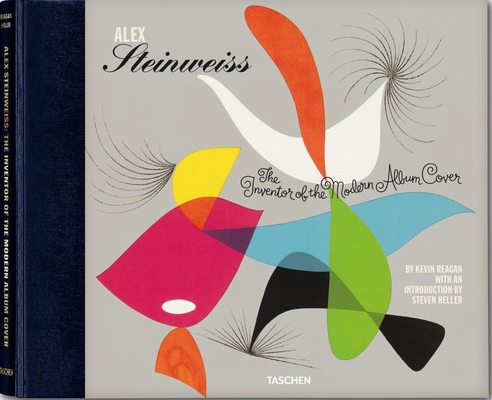 Alex Steinweiss: The Inventor of the Modern Album Cover (Hardcover)

The man who launched the Golden Age of album cover design

"I love music so much and I had such ambition that I was willing to go way beyond what the hell they paid me for. I wanted people to look at the artwork and hear the music." --Alex Steinweiss Alex Steinweiss invented the album cover as we know it, and created a new graphic art form. In 1940, as Columbia Records' young new art director, he pitched an idea: Why not replace the standard plain brown wrapper with an eye-catching illustration? The company took a chance, and within months its record sales increased by over 800 per cent. His covers for Columbia--combining bold typography with modern, elegant illustrations--took the industry by storm and revolutionized the way records were sold. Over three decades, Steinweiss made thousands of original artworks for classical, jazz, and popular record covers for Columbia, Decca, London, and Everest; as well as logos, labels, advertising material, even his own typeface, the Steinweiss Scrawl. He launched the golden age of album cover design and influenced generations of designers to follow. Less well known--but included here--are his posters for the U.S. Navy; packaging and label design for liquor companies; film title sequences; as well as his fine art. Includes essays by three-time Grammy Award-winning art director/designer Kevin Reagan and graphic design historian Steven Heller; Steinweiss' personal recollections from an epic career; and extensive ephemera from the Steinweiss archive. Record collectors and graphic designers rejoice Previously available in a limited edition, the book is finally available in an affordable trade version.
Artist: The father of record design is Alex Steinweiss, who in 1940, at the age of 23, single-handedly invented the album cover. He made thousands of classical, jazz, and pop covers for Columbia, London, Decca, and Everest and his modern designs graced the packaging, logos, and covers of dozens of distilleries, film studios, and magazines; earning him an AIGA Medal and the Art Directors Hall of Fame lifetime achievement award. Also a fine artist, Steinweiss and his wife live in Sarasota, FL. Authors: Kevin Reagan is a triple Grammy Award-winning art director, also honored by the AIGA, Print, and Communication Arts. As former art director of Geffen, MCA, and Maverick, he designed packages for Madonna, Beck, Sonic Youth and many others. He lives in Los Angeles. Steven Heller, co-chair of the School of Visual Arts MFA Designer as Author Program, writes the "Visuals" column for the New York Times Book Review, and is the author of 120 books on design, illustration, and satiric art.