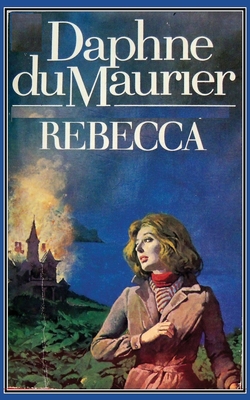 Rebecca is a horror story that combines fiction and horror, with death. It concerns an unnamed young woman who marries a wealthy widower, only to discover that he and his household are haunted by the memory of his late first wife, Rebecca. We never see Rebecca, as she is already dead when the story begins.

Rebecca concerns an unnamed young woman who impetuously marries a wealthy widower, only to discover that he and his household are haunted by the memory of his late first wife, the title character. A best-seller which has never gone out of print, Rebecca sold 2.8 million copies between its publication in 1938 and 1965. It has been adapted numerous times for stage and screen, including a 1939 play by du Maurier herself, and the film, Rebecca (1940), directed by Alfred Hitchcock, which won the Academy Award for Best Picture.

While working as the companion to a rich American woman on holiday in Monte Carlo, the unnamed narrator, a na ve young woman in her early 20s, becomes acquainted with a wealthy Englishman, George Fortescue Maximilian "Maxim" de Winter, a 42-year-old widower. After a fortnight of courtship, she agrees to marry him and, after the wedding and honeymoon, accompanies him to his mansion in Cornwall, the beautiful estate Manderley.

Mrs Danvers, the sinister housekeeper, was profoundly devoted to the first Mrs de Winter, Rebecca, who died in a boating accident about a year before Maxim and the second Mrs de Winter met. She continually attempts to undermine the new Mrs de Winter psychologically, subtly suggesting to her that she will never attain the beauty, urbanity, and charm her predecessor possessed. Whenever the new Mrs de Winter attempts to make changes at Manderley, Mrs Danvers describes how Rebecca ran it when she was alive. Each time Mrs Danvers does this, she implies that the new Mrs de Winter lacks the experience and knowledge necessary for running an important estate. Cowed by Mrs Danvers' imposing manner, and the other members of West Country society's unwavering reverence for Rebecca, the new mistress becomes isolated.