West Side Books will be hosting Jacqueline St. Joan as she signs and reads from her new novel, The Shawl of Midnight (On Sale Now). Jacqueline will be at West Side Books August 22nd (previously scheduled Aug 15th) from 7:00 pm to 8:30 on the patio outside. 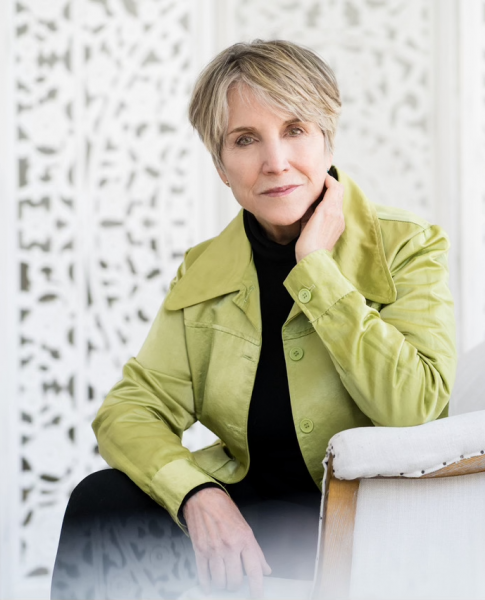 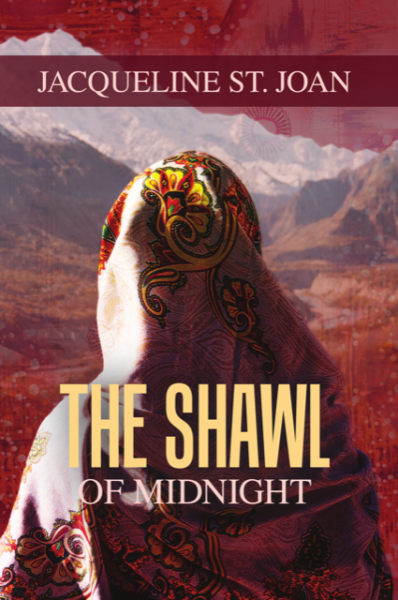 All the women in Nafeesa's family have been imprisoned, assassinated, scarred or exiled. Yes, every single one. Is it any wonder, then, that the surviving men in her family have kept those disturbing facts from her? But now Nafeesa wants to know the truth. With the help of her beloved dying grandfather, Kulraj Singh, she receives clues to her past, and in return she pledges to bring his two daughters back to him before he dies. From Pakistan, Nafeesa travels, first to Mumbai--where she meets her lesbian activist Aunt Faisah and Faisah's partner Lia--and then to Kashmir. She's on a journey to adulthood--to learn who she is, who her people are and what she is made of. In the company of her heroic auntie, she travels the foothills of the Himalayas through a war zone, under a deadline, through snow lion country, only to question if this Baji Ulaja is truly so heroic after all. The Shawl of Midnight explores the depths of family relationships, how people change over time and distance, how we might discover through our own pressures and actions what we are made of, and where home truly is.

Jacqueline St. Joan has worked as a lawyer, county judge, child advocate, domestic violence activist, co-editor of an anthology on Women, Law, and Literature in the U.S., and founder of a feminist press. Such life experiences inform her poetry and her many award-winning essays and stories. In the 1990s, she met a Pakistani teacher who helped rescue women from honor killings. The meeting led to extensive travel in Pakistan, enduring friendships, research and personal investigation, lobbying, political activism and fundraising. Her first novel, MY SISTERS MADE OF LIGHT, prequel to THE SHAWL OF MIDNIGHT, developed out of those experiences. A lifelong feminist and longtime lawyer, she has done more than a hundred public and private readings and lectures all over the U.S., related to violence against women in Pakistan--literature, law and honor crimes in particular. Those events led to sales and donations of $25,000 sent to Pakistan for the construction of a shelter for women and children escaping abuse, which opened in Punjab in 2016. She has taught at the University of Colorado and Metropolitan University in Denver.

The Shawl of Midnight (Paperback)

All the women in Nafeesa's family have been imprisoned, assassinated, scarred or exiled. Yes, every single one. Is it any wonder, then, that the surviving men in her family have kept those disturbing facts from her? But now Nafeesa wants to know the truth.

My Sisters Made of Light (Paperback)

My Sisters Made of Light follows three generations of a Pakistani family as they make their way through life in the political, social, and religious maze that is their motherland. This novel pulls readers into the compelling, heartbreaking, and often terrifying world of honor crimes against women in Pakistan through the life and family history of Ujala.